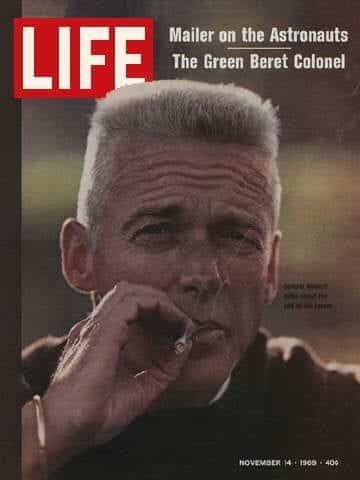 Pg… 46 Sculptor Wraps Up the Cliffs Down Under

Pg… 50 The Psychology of Astronauts: In the Second Part of His Moon Report, Norman Mailer Considers the Apollo 11 Crew

Pg… 67 The Instant–Minister Racket: How a Reporter Became a Man of the Cloth of $10, by Bill Bruns

Pg… 83 A Cube House vs. the Squares: By John Neary

Pg… 88 The Threatened Marshes of Glynn: In the Fabled Georgia Swamps, the Developers are On the Move. Photographed by John Loengard