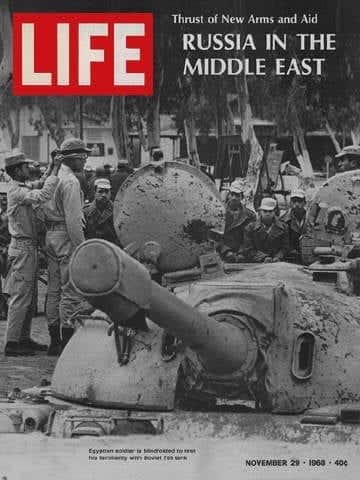 Pg… 4 The Presidency: The "Highest Authority" on His Last Campaign. By Hugh Sidey

Pg… 8–12 Reviews: Movie: "The Shoes of the Fisherman," Reviewed by Maurice Rapf

Pg… 19 Letters to the Editors

Pg… 20 Another View: Confessions of a Plimptophobe. By Donald Jackson

Pg… 22 Russia in the Middle East: Funneling Arms and Aid Into the Arab Lands, the Soviet Union Makes a Powerful Bid for Preeminence

Pg… 32 Religion: U.S. Bishops Come to Grips with Birth Control. By James Kotsilibas Davis. How the Vatican has Reacted. By Wilton Wynne

Pg… 34B Editorials: When Authority is Challenged

Pg… 34B Editorials: Memo to the Ethics Committee

Pg… 49 Entertainment: A Las Vegas Casino has a Whole Circus for a Sideshow. Photographed by Ralph Crane

Pg… 58A Science: An X–Ray Shows a Lot but a Neutrograph Shows More

Pg… 60 Search for a Black Past: Part II: Hard Reality of Freedom: Negroes were Lost in the Years of Reconstruction and Repression. By Roger Butterfield. Shaped by a Dream, a Town Called Boley. By Luther P. Jackson Jr.