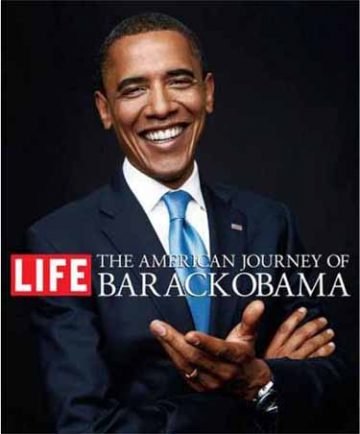 For decades Americans have turned to LIFE to see, understand, and remember the most important events and people of our time. Just as LIFE once opened up the glittering Kennedy White House, LIFE now focuses its lens on Barack Obama. The American Journey of Barack Obama covers the candidate from his childhood and adolescence to his time as editor of The Harvard Law Review and his Chicago activist years, culminating with the excitement and fervor of the historic 2008 Democratic National Convention. The unfolding drama of Obama's life and political career is cinematic in scope, and never has it been presented so compellingly. In addition to a powerful array of photographs that were taken by many of the country's greatest photographers (and some that were snapped, in the quiet moments, by Obama family members themselves), this book also includes a Foreword by Senator Edward M. Kennedy, an incisive narrative biography and original essays by some of our finest writers, including Gay Talese, Charles Johnson, Melissa Fay Greene, Andrei Codrescu, Fay Weldon, Richard Norton Smith, Bob Greene and several others. Many readers will find a new understanding of Obama. All readers will feel that they are bearing witness to a singular, undeniably American story.

Pg… 6 Moments In A Journey