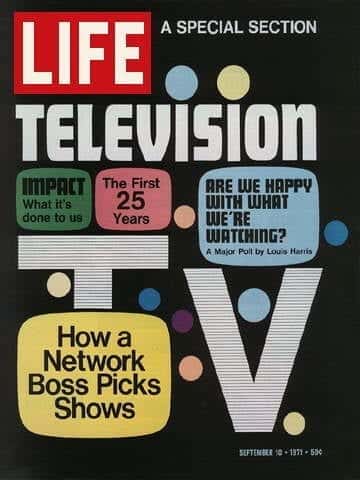 Pg… 22 Election Time in Vietnam: Choosing the House is a Preliminary to Thieu's Walkaway

Pg… 26 The Canned Menace Called Botulism: A Deadly Poison Makes a Rare Appearance. One Company, Bon Vivant, Closes Down to the Dismay of the Family that Owns It, by Jane Howard. Questions and Answers About Botulism and Some Common–Sense Precautions

Pg… 32 Editorials: From the Freeze to Phase 2

Pg… 36 A Special Section: Television: TV's Impact on Society: Historian Daniel J. Boorstin Finds that We have All Been Changed by It, Perhaps More Deeply than We Suspect

Pg… 40 A Special Section: Television: Do We Like What We Watch?: A Major Poll by Louis Harris Reveals a Surprising Degree of Discontent Among Viewers

Pg… 46 A Special Section: Television: How a Network Boss Picks Shows: In the Life–or–Death Ratings Game, Fred Silverman Rolls the Dice for CBS. By Thomas Thompson

Pg… 60 A Special Section: Television: Notes in a Viewer's Album: How I Learned to Stop Struggling and Tolerate the Tube. A Look Into the Recent Past by Joan Barthel

Pg… 4 Departments: Guest Privilege: Yes to China Must Not be No to Japan. By Edwin O. Reischauer