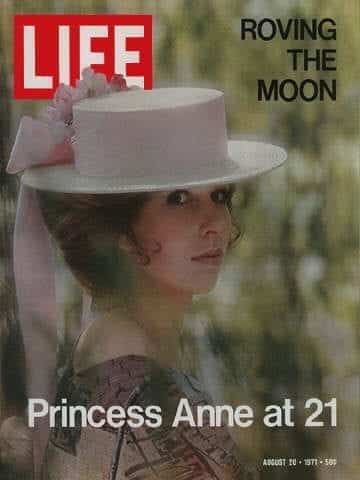 Pg… 20 A People Lost in Hate: Northern Ireland Explodes in the Worst Outbreak of Violence in 50 Years. The Roots of the Conflict and Some of Its Victims. By Loudon Wainwright

Pg… 26 Roving Through the Mountains of the Moon: Apollo 15's Astronauts Explore the Rugged Highlands in a $13 Million Moon Buggy

Pg… 36 Slaughter in the Sky: In the Barren Hills of Wyoming and Colorado, Eagles Face Extinction as Sheepmen Hunt Them Down in Helicopters

Pg… 40 Part 2 of a Three–Part Series: Women's Fight for the Vote: For the Better Part of a Century, Enfranchisement Becomes the Flaming Issue in the Crusade for Women's Rights. By Edward Kern

Pg… 58 Smothering the Monuments of Europe: The Palaces and Churches are Still There, but City Planners, Land Developers and Other Well–Intentioned Miscreants are Making Them Hard to Find. Photographed by Dmitri Kessel

Pg… 65 Parting Shots: The Night They Wiped the Smile Off Namath's Knee

Pg… 65 Parting Shots: A Fight Over what Every Little Girl Shouldn't Know

Pg… 65 Parting Shots: What About a Democrat Like John Lindsay? An Answer by Theodore H. White

Pg… 18A Departments: Letters to the Editors