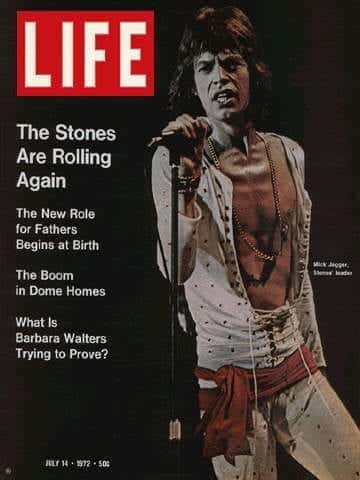 Pg… 4 The Beat of Life: Bobby Fischer in Iceland?at Last. Eleanor McGovern Campaigns for George. Results of the 1946 A–Bomb Test, Photographed on the Ocean Floor. A Bulletproof Shield for Angela Davis

Pg… 47 Cardboard Is for Jumping: A California Designer Creates a New Kind of Furniture

Pg… 51 First Lady of Talk: Barbara Walters has Made it in the World of Network News, and She Still Wants More. By Chris Chase. Photographed by Douglas Kirkland

Pg… 60 A Mushrooming of Domes: Geodesic Domes are Becoming Almost Commonplace as Places to Live, Work and Even Worship. Photographed by John Dominis

Pg… 68 The New Fathers: A Generation of Fathers Learns the Importance of Being Involved

Pg… 73 Parting Shots: Tom Benton, 83: Never Argue with Youth. By Thomas Moore. Two Authors Who Love to Fight It Out In (Center) Court. By Bonnie Johnson. A Belt at the Waist and Another on the Noggin

Pg… 12 Departments: The Presidency: The Human Side of Democratic Discord. By Hugh Sidey

Pg… 17–22 Departments: Reviews: Richard Schickel Wonders Why They Made a Movie of "Portnoy's Complaint"