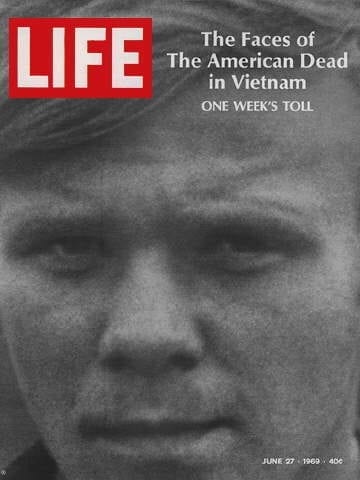 Pg… 4 The Presidency: A City Built on Legends of Valor. By Hugh Sidey

Pg… 8–12 Reviews: Book: "The Kingdom and the Power," by Gay Talese, Reviewed by Murray Kempton

Pg… 18 Letters to the Editors

Pg… 20 The American Dead in Vietnam: Between May 28 and June 3, 242 U.S. Servicemen were Listed as Killed. A Record and a Tribute

Pg… 36 The Ascent of Prince Charles: One Day He will Reign Over Britain; Next Week He Becomes Prince of Wales. By Jack Newcombe

Pg… 44 Art: In Super Realism, It's Hard to Tell a Painting from a Photograph

Pg… 50B The Man Who Gave Us 'Hair': Playboy Michael Butler was a Flop at Everything Except Polo. Then He Ran Across a Hippie Musical and Became a Success. By Josh Greenfeld

Pg… 58 The Auto's Gilded Age: The Sculptured Beauty of Cars that Survive as Specters of a Long–Ago Era. Photographed by Bob Gomel. One Man's Family of Five Old Cars. By John Neary

Pg… 67 Sequel: Basketball Player Connie Hawkins, Unjustly Banned by the National Basketball Association for Five Years, is Vindicated by a Settlement with the League. By David Wolf