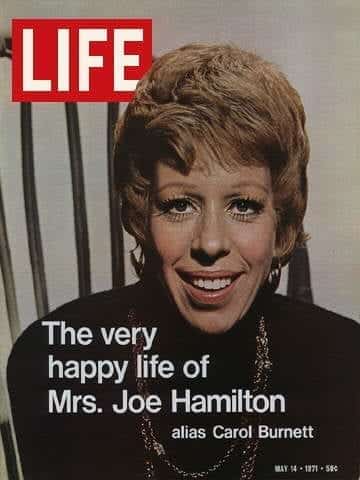 Pg… 30 The Day Washington Did Not Shut Down: Crowds of Young Demonstrators Vow to Bring the Capital to a Halt by Blocking Streets and Bridges, but the Police Keep Control. With Police Chief Jerry Wilson, by John Neary

Pg… 40 Biafra One Year Later: There is Food Now and the Threat of Mass Starvation has Passed

Pg… 42 Editorial: The Not So Affluent Society

Pg… 62 Goodbye to Rock: Bill Graham, Proprietor of the Fillmores East and West, Gets Out of the Rock Concert Business. By Michael Durham. Photographed by John Olson

Pg… 70 Dust Racing: A 400–Mile Race Over the Desert. Photographed by Bill Eppridge

Pg… 78 The Groovy Christians: In Rye, N.Y. Youngsters Go On a Religion Trip and Leave Many Parents Baffled. By Jane Howard

Pg… 92 Here's to You, Mrs. Hamilton: Carol Burnett and Her Producer Husband Joe Hamilton have a Remarkably Happy Life Together. Photographer by Henry Grossman. Her Idea of Grandeur is a Home with a Backyard. By Joan Downs

Pg… 12–20 Departments: Reviews: Benjamin Demott Reviews K. Ross Toole's "The Time Has Come," and Thomas Tryon's "The Other," a Tale of Two Small Boys, is Reviewed by Robert Phelps