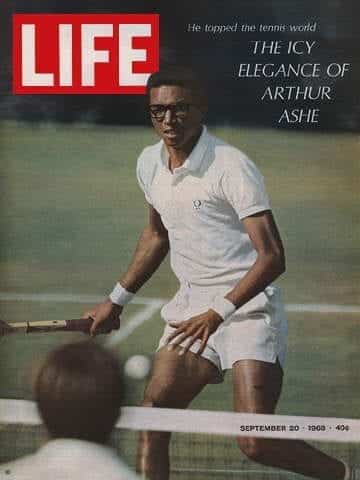 Pg… 4 The Presidecny: A Party Dispirited with Itself. By Hugh Sidey

Pg… 10–20 Reviews: Movie: The Decline and Fall of the Western, by Richard Schickel

Pg… 25 Letters to the Editors

Pg… 28 The Feminine Eye: Hooray! Getting Back to Normal. By Shana Alexander

Pg… 30 Arthur–King of the Courts: His Rocketing Serve Mowed Down the Game's Best. By David Wolf

Pg… 36 On the Newsfronts of the World: The Carrier "Kennedy" is Commissioned. Puzzling Pictures of the "Pueblo" Crew

Pg… 38 The Politics of Fear: Indiana's Lake County, Where George Wallace is Running Strong, is a Microcosm of the Nation's Apprehension. By Gerald Moore. How History Works Against Wallace

Pg… 56A School Opens?Almost: Teacher Strikes Across the Country Foretell a Troubled Year

Pg… 60 Part II The Beatles: In Their Authentic, Unexpurgated Biography They Tell Where Their Songs Come from and How They Feel About Their Success. By Hunter Davies. Photographed by Art Kane

Pg… 84 Soaring After Olympic Medals: The U.S. Comes Up with Its Finest Equestrian Team