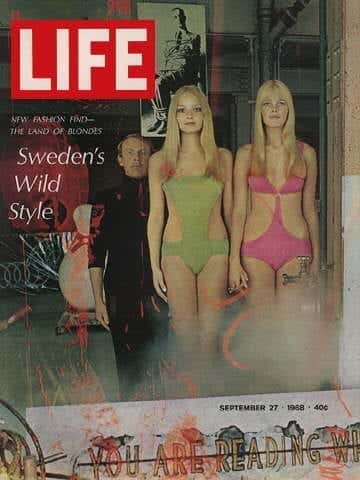 Pg… 4 The Presidency: The Foolish Game of Crowdsmanship. By Hugh Sidey.

Pg… 22A Letters to the Editors

Pg… 22B Humphrey Talks a Self–Portrait: "Here I Am, Warts and All," Says the Vice President. An Interview by Richard Meryman

Pg… 32 Lindsay on 'Law and Order': New York's Mayor Attacks the Dangers Behind the Campaign Issue. By John V. Lindsay

Pg… 38B Editorials: The Fortas Mess: No Good Way Out

Pg… 86A Special Report: A Legal Blow at the Diet Pill Industry. By Susanna McBee

Pg… 102A Controversies: Harold Glassen of the National Riffle Association is a Marksman Whose Target is Gun–Control Laws

Pg… 105 Travel: An American Correspondent in Russia Searches Through Time for His Family's Old Estate. By Rudolph Chelminski

Pg… 121 Sports: "I Miss the Fire on Sundays," Says Vince Lombardi, Retired Green Bay Coach, as He Watches the Action Pass Him By. By W. C. Heinz