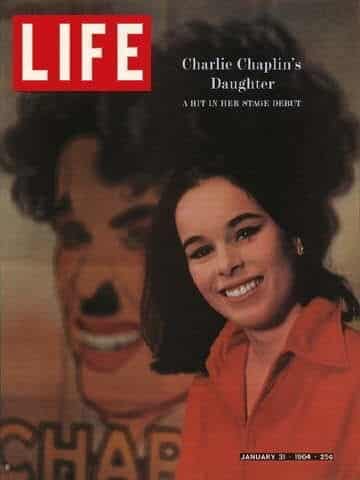 Pg… 7 LIFE Guide: There is More to Mardi Gras than New Orleans; a Rundown on Pre–Lenten Festivals

Pg… 21 Letters to the Editors

Pg… 24 Here Comes the Beatles: The Shaggy–Haired, Screaming Singers Who have Shaken England are About to Descend on the U.S. They Crown Their Countrymen with Bowl–Shaped Hairdos. By Timothy Green

Pg… 41 Return of the Caribou: Maine Brings Back Native Reindeer, Long Vanished from the State

Pg… 47 Great Dinners: LIFE Starts a New Series on Meals for Festive Occasions with Spanish Paella and Gives a Battle Plan for the Feast

Pg… 54 Valley of Poverty: The Stricken People of Appalachia are Target of President Johnson's Unconditional War. Photographs for LIFE by John Dominis

Pg… 67 What Kind of Place is Dallas?: Awaiting Ruby's Trial, the Nation Wonders About the Texas City. By Robert Wallace

Pg… 75 New Chaplin in Limelight: Charlie's Dancing Daughter Makes a Big Hit in Paris Ballet. Picture on Cover Shows Her Standing Before Her Father's Face in an Old Poster of the 1920s

Pg… 84 Hockey Superman: Bobby Hull: The Game's Hardest Shooting Player is a Terror of the Ice