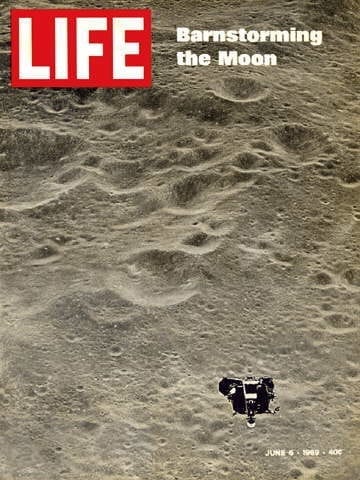 Pg… 4 The Presidency: Tossing Our Hats Over the Space Wall. By Hugh Sidey

Pg… 30B Barnstorming the Moon: Photographs by the Astronauts of Apollo 10 Show the Lunar Surface as Man had Never Seen It

Pg… 48 The Best Athlete in the Land?: Edward Villella is a Dancer, but You have to Rank Him with the Yastrzemskis, the Namaths and the Muhammad Alis. By David Martin. Photographed by Bill Eppridge

Pg… 62 New Kid on the Street: Leeam Lowin is 23 and Worth Millions?Maybe 50 Million?Because He Understands What Moves in the Stock Market. By Stephen Mahoney

Pg… 84 Great Dinners: No. 62: "Huachinango a la Veracruzana" is Red Snapper as Fancy as Its Name