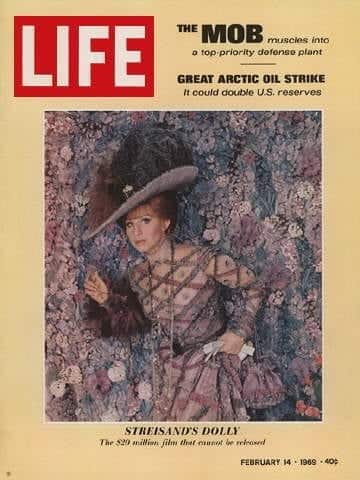 Pg… 4 The Presidency: The One L.B.J. Likes and the One He Doesn't Like. By Hugh Sidey

Pg… 18A Letters to the Editors

Pg… 20 Oil in the Artic: Strikes on Alaska's Frozen North Slope Promise to Double American Reserves. By Jordan Bonfante. Photographed by Ralph Crane. A California Well Gets Out of Hand

Pg… 36 Close–Up: Edwin D. Etherington, President of Wesleyan University, is "a Classic Honky" Who Came Out for Student Power. By Richard Woodley

Pg… 42 Bobby Jr. in Africa: A Kennedy Goes on a Boyish Safari

Pg… 52 The Mob: The Army Tries to Build a Munitions Factory in St. Louis with the Mob on the Payroll. By Denny Walsh

Pg… 58 Theater: The $20 Million Film of "Hello, Dolly!" is Stuck on the Shelf While the Producers Argue. The Problems Began on the Set. By John Gregory Dunne

Pg… 62D A Radical's View of Cuba: A Former S.D.S. President Takes an Unorthodox Look as the Country After 10 Years of Castro. By Carl Oglesby

Pg… 75 Sports: Coach Myron Roderick Goes to the Mat to Make Oklahoma State the Most Feared Team in College Wrestling. By Charles Coe